Isabel Toasa is a force to be reckoned with. She’s developed an organic, renewable battery that can deliver up to 14V and counting! Though the journey has not been easy, Isabel has found inspiration from her hard-working Ecuadorian parents who taught her to believe that anything is possible if you set your mind to it. 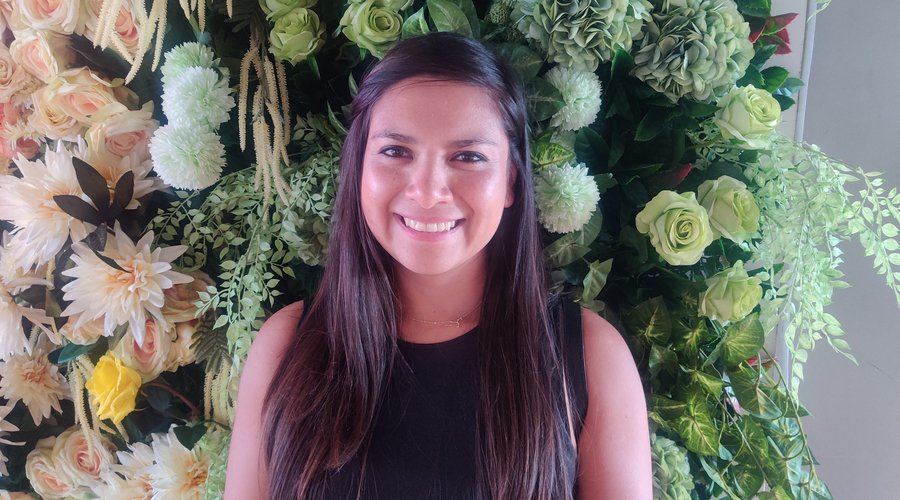 About a decade ago, Isabel Toasa was working as an Environmental Engineer in her home country, Ecuador, when she saw first-hand the damage that toxic heavy metals cause to waterways, ecosystems and human communities. A self-proclaimed ‘nature lover,’ Isabel had the idea of developing organic batteries, a solution that could reduce the pollution of toxic heavy-metals into the environment.

At the age of 21, Isabel knew she had a lot to learn before she could begin to work on developing her organic battery solution. With her innate humility and curiosity, Isabel embarked on a journey of discovery: she found great mentors, she was never afraid to ask questions and she went about the task of learning all she could. It would be another ten years before she made her first prototype.

Fast forward to September 2022. Isabel had moved to Australia and was working as a carbon consultant in Sydney. On the lookout for support in launching her company, Isabel joined EnergyLab’s Women in Climate and Energy Fellowship (WICEF) to work on her organic battery startup: EM Energy. She had attempted to build a prototype for the battery, but at that stage nothing had worked…yet.

Then, one morning in October Isabel woke up to a stroke of genius, not unlike Keith Richards when he woke from his sleep to write the riff to 'Satisfaction'. She had the answer.

‘I just woke up one day and thought, what about this….?’

What happened next might surprise you. Instead of taking the ‘safe’ approach and keeping her day job while pursuing her startup on the side, Isabel believed so deeply in her solution that she resigned from her job, locked herself in her house and started building prototypes.

‘I had to develop 100 prototypes, or more. I didn’t leave my house for days.’

100 or so iterations later, Isabel had a working prototype, just in time for the WICEF pitch night. Originally she’d challenged herself to build 1.5V but she’s now overshot her goal and has a 14V working prototype with the aim of working her way up to the voltage and capacity to replace lithium-ion EV batteries.

In the future, thanks to Isabel’s technology, we will say goodbye to toxic chemicals and landfill. EM Energy’s AAA battery prototype is not only non-toxic and rechargeable, it’s also biodegradable. You can safely dispose of the battery cell by burying it in the ground and it will improve resilience and balance in land and water bodies. It also lasts longer than current chemical-based batteries.

‘Sometimes you have to think outside the box. When you follow the same pattern you come up with the same outcome. If you are willing to take a few more risks you just might find that things are possible!’ 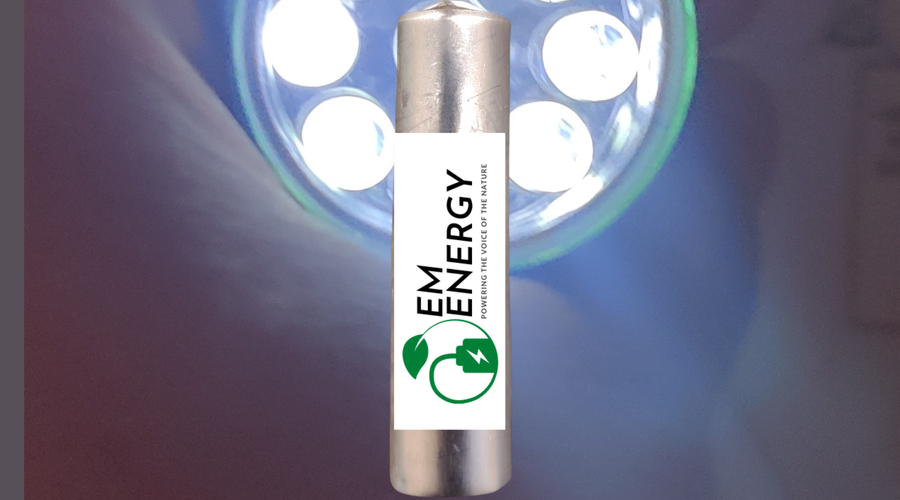 You might be wondering: Where did Isabel acquire the courageous self-belief to quit her job and start her company? How did she learn to build prototypes?

Problem solving and self-belief is in Isabel’s DNA. Her humble upbringing shaped the resilient and hard-working founder she is today. From a young age she helped out in her family business, a business where her father developed food processing machines from the ground up.

‘We didn’t have an easy childhood. We didn’t have enough to afford a lot of things. When we were young, we helped our father in his startup. I learnt how to do electrical connections, to cut aluminum, to design, to build’.

Isabel says her parents and her upbringing taught her to work hard, to believe in herself and to never give up; traits that have no-doubt supported her on her path to becoming a cleantech founder.

‘My family are my inspiration in life’, she says.

Since completing EnergyLab’s Women in Climate and Energy Fellowship Isabel’s startup, EM Energy, is now focused on commercialisation of the technology. With up to 14V capacity prototyped, Isabel has her 2023 goals aimed high: ‘We have huge potential, especially in the car industry!’ she says.

Her advice to anyone thinking about starting a cleantech startup:

‘If you have the idea and you believe in the potential, you just have to do it. It’s the most rewarding thing I have done in my life’

If you are an investor, potential partner or are interested in joining the EM Energy team, you can reach out to Isabel.

If you are interested in joining EnergyLab's Women in Climate and Energy Fellowship, be sure to fill out an expression of interest form.