EnergyLab's Scaleup Program is designed to help the most innovative startups and large companies work together to roll out technology that will help decarbonise the energy sector. During this free and virtual program, founders will be provided with the connections and exposure they need to unlock their next wave of growth.

Program timing will be announced soon.

The EnergyLab Scaleup Program has been designed to provide the support that late-stage startups need to bring their clean energy solutions to a wider audience. As a baseline, you can expect to receive the following support.

The Scaleup Program is backed by some of Australia's most innovative energy companies, which in 2021 includes TransGrid and Endeavour Energy.

You will receive feedback on your plans from the venture capital firms, debt providers, high-net-worths and family offices with the most expertise in scaling up clean energy startups.

The founders of Australia's most successful energy startups have volunteered to mentor program participants. You'll get to spend time with these talented entrepreneurs.

EnergyLab's Scaleup Program attracts some of the most talented clean energy entrepreneurs from around the world so we'll help you learn from each other.

We'll run private and public virtual events to give you a platform to promote your business to our community and the wider public.

Expand to the Australian and New Zealand

If you're an overseas startup, we will help you develop knowledge and build the networks you need to expand into the Australian and New Zealand markets.

In addition to targeted mentoring from successful entrepreneurs and active investors, you will gain access to EnergyLab's extensive mentor network.

EnergyLab is home to the largest virtual community of energy entrepreneurs in Australia and New Zealand. During the program, you'll enjoy complimentary membership.

During the program, you will touch base with EnergyLab's management regularly to discuss how we can further support you.

Participating in one of EnergyLab's programs is just a start. Upon graduation, you will join our growing alumni network of the most successful and impactful clean energy founders.

Work with the region's most innovative utilities

Finding an energy utility that's open to innovation is tough, and finding the right person within these organisations is even harder. During the program you will spend time with executives and heads of innovation at Australia and New Zealand's most innovative energy utilities to explore opportunities to work together. The utilities involved in the 2021 Scaleup Program are listed below.

We've gathered Australia's leading investors in energy startups, who you will pitch to and receive feedback from during the program. 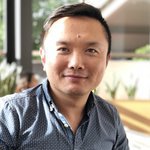 Alan is proactively investing in early-stage impactful start-ups. Before Boson, he worked in AGL New Energy, a corporate ventures/accelerator. He advised multiple utility clients in Australia, Mainland China and Hong Kong. Alan also cofounded and exited a technology start-up back in his university time.

Alex is an active startup investor and mentor with a particular interest in cleantech and renewable energy startups. He's a limited partner in Tank Stream Ventures, Blackbird Ventures and Main Sequence Ventures as well as an angel investor in over twenty startups. Previously, Alex was the CFO of Mercadolibre, the leading e-commerce ecosystem in Latin America. 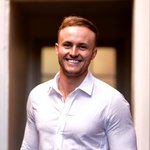 Dan is an Investment Director at both Full Circle and Black Sheep, investing in dozens of startups from pre-seed to Series B. He sits on the board of Amber Electric as one of their earliest investors. Prior to starting in VC, Dan worked across technology and strategy at Accenture, focussing on advising energy sector clients. 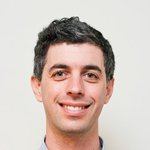 Eytan advises the Impact Investment Group's Giant Leap Fund on clean energy investments, such as in EnergyLab alumni Amber Electric. Eytan is also an angel investor and holds various board positions, including the Chair of Beyond Zero Emissions and a Director of the Australian Environmental Grantmakers Network. Previously, Eytan founded Outware Mobile, which was acquired in 2017. 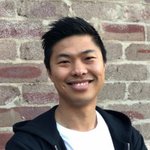 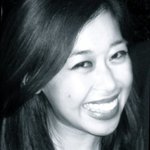 Melissa advises on the investment portfolio for the family office of the former Australian Prime Minister, Malcolm Turnbull. She has previously worked as an advisor to the Australian Government, and as a management consultant specialising in business strategy and investment across the Asia Pacific, Middle East and Africa. 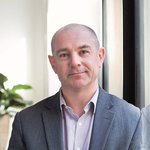 Mark is arguably Australia's most experienced energy startup investor, having made a dozen investments through the $120 million Renewable Energy Venture Capital Fund he established. Mark sits on the boards of a number of successful energy startups, including Wattwatchers and GreenSync, and is a member of the Australian Investment Council. 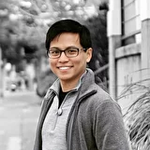 Tuan-Anh ('TA') leads deeptech investments at Alabaster, an early-stage investor backing founders to leverage breakthrough science for positive, planet-level impact. Previously, he helped roll out energy infrastructure in Vietnam and was an early team member at Misfit (acquired by Fossil Group for US$260m). TA has an undergraduate degree and a DPhil in engineering from Oxford University. 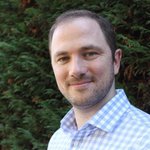 Ulric is Right Click Capital's energy expert and one of the most active energy startup investors in Australia. Before getting into VC, Ulric advised energy utilities at the Boston Consulting Group and has a PhD in computer science from MIT.

To fit in with your busy schedule, EnergyLab's Scaleup Program is structured but manageably spaced over three two-week modules. Each module will include a series of high-value virtual meetings and events to maximise impact per hour.

You'll start the program by getting to know the other participants in the program and the wider EnergyLab community. You will spend time with Australia's most successful clean energy entrepreneurs and meet our utility partners.

The Investor Module is all about meeting the group of Australia's most active energy-sector investors who have volunteered as mentors for the program. You'll have a chance to present to each of them and receive verbal and written feedback on how you can improve your presentation and your plans.

To cap off the program, we'll arrange a public event to raise your profile again. We'll invite the investors back and bring our partners together to learn about your progress and feature you in a public demo day.

EnergyLab's Scaleup Program is completely free to join - we won't charge a cent or take any equity in your business.

Hear from some of our alumni

“ EnergyLab's Scaleup Program is incredibly beneficial to founders who are transitioning from the startup phase and looking to increase exposure and develop networks and customers in the energy sector. The opportunity to pitch and engage directly with partnered utility decision makers resulted in a number of new strategic opportunities for Infravision, which has accelerated the adoption of our technology. ”

“ The EnergyLab Scaleup Program is uniquely helpful due to the collective wisdom on the scale-up challenges ‘beyond start-up’ – market expansion, deep customer relationships and scalable sales processes. ”

“ EnergyLab's Scaleup Program was a great place to meet like minded founders and connect with the industry to discuss strategic opportunities and the evolution of the energy system. ”

“ The EnergyLab Scaleup Program was great. Pairing off with end users to talk about piloting, meeting a large pool of potential investors, and lots of opportunities for peer to peer learning were all blended in a way that provided good value to time-poor founders. ”

“ EnergyLab's network of companies, mentors and staff is the best way to learn more about the Australian energy market while expanding your business! ”

Applying for the EnergyLab Scaleup Program is easy. Simply fill in an application form, attend an interview, and meet with our main utility partners.

Before we start accepting applications, you can complete our expression of interest form. We will use your answers to determine whether our Scaleup Program can help you achieve your goals.

The best applicants will be invited to attend an interview with the EnergyLab team during which we will clarify parts of your application and discuss your suitability for the program.

The interviews will be 20 minutes long and held over video conference.

About half of the interviewed applicants will be invited to a virtual speed networking session with our main utility partners so you can explore the fit between their needs and your technology.

If we make you an offer to join the program, we'll organise a video call shortly afterwards to answer any final questions you have before deciding whether or not to accept our offer.

What we're looking for

During the selection process, we will assess your application against three key areas.

Your startup is led by a full-time CEO (or equivalent) who is committed to participating in the program. We believe they will treat our mentors, staff and stakeholders with respect and take full advantage of what the program has to offer.

You're commercialising technology that will help shift the world to 100% clean energy or is otherwise relevant to our utility partners. Your technology has been proven with at least one happy, paying customer or another third party.

You have a proven business model that will enable your startup to grow rapidly and are targeting a large market who clearly need your solution.

The 2022 intake of EnergyLab's Scaleup Program will run between April and July 2022.

Possibly! While EnergyLab's focus is on clean energy, we take a very broad view of what that means and our partners are interested in anything that will help them solve their challenges or explore new markets. If you're unsure if you're a good fit for this program, please email us and we'll tell you for sure.

Yes, as the program will be delivered 100% online, you can participate in the program from anywhere in the world. However, you will need to regularly attend virtual meetings and events around 10am - 2pm Sydney-time.

No, the program is completely free; we don't charge cash or equity for participation. Our partners cover the cost of the program so you can participate for free.

No, but we'll help you raise your next round on your own terms. We'll introduce you to Australia's most active cleantech and energy sector investors and help you raise the right amount and type of capital for your business at the right time.

No, the program is virtual but we have offices in Sydney, Melbourne and Brisbane should you want to use them and we'll organise in-person events in cities where there are enough participants.

Only one, as long as that person is the CEO or equivalent. You're welcome to bring more if you want.

Some program activities will require the CEO (or equivalent) to be present and at others an executive or founder will be welcome to represent the organisation. Other members of your team are welcome to join if they want.

The structured program activities run over three two-week modules: the Utility Module, Investor Module and Graduation Module. During these modules we will aim to run one activity at the same time each day so you can balance the program with your other commitments. Some program activities will require the CEO (or equivalent) to be present and at others an executive or founder will be welcome to represent the organisation.

We get it - you have limited time and need to prioritise. That's why we have an expression of interest form that only takes a few minutes to fill out. We will use your answers to determine whether our Scaleup Program can help you achieve your goals.

Please email [email protected] if you have any other questions.